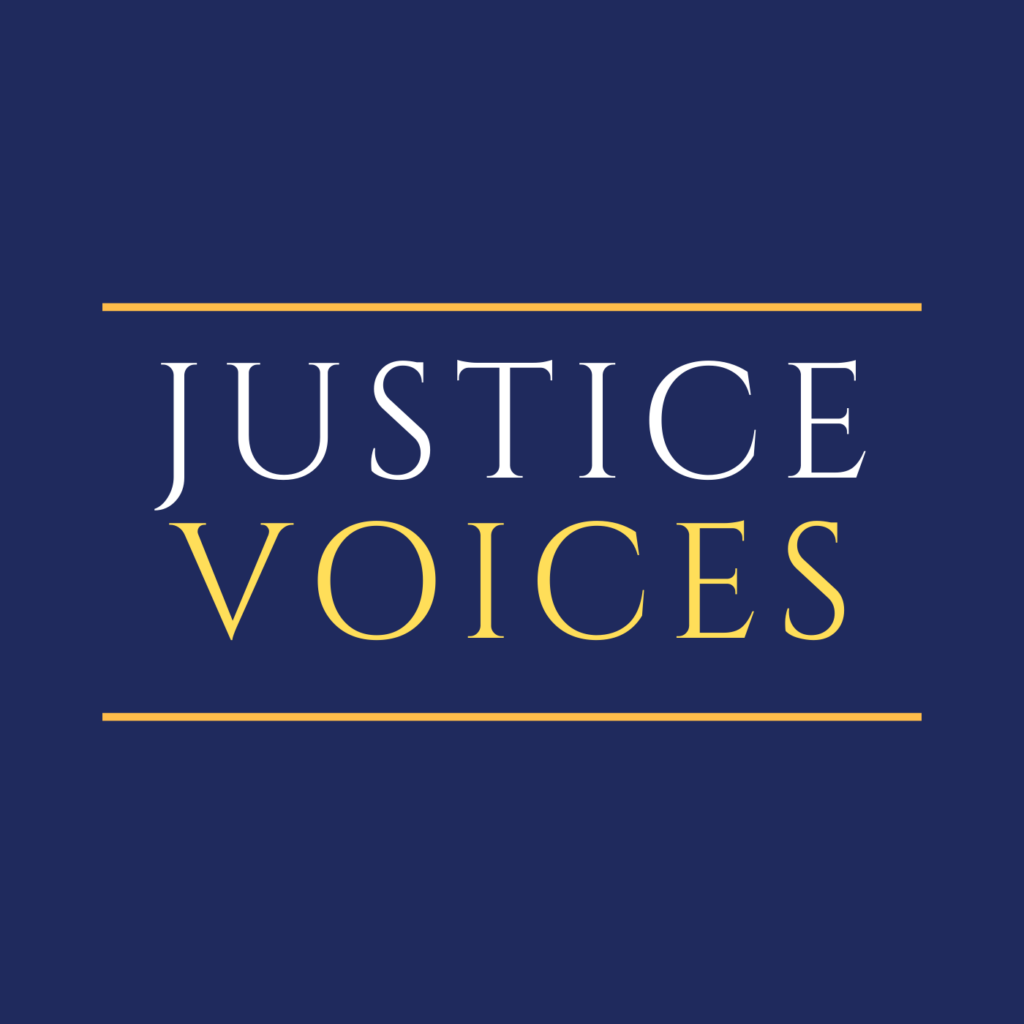 Stories have unmatched power to touch hearts and illuminate minds. They also attract a podcast audience. Stories of people with lived experience with crime and the criminal justice system have the power to break down preconceived ideas and raise awareness of the need for reforms. Standing alone, however, they often raise more questions than provide answers.

To become an action engine, Justice Voices must combine voices with vision.

Justice Voices will therefore launch a project to harness the power of problem-solving groupthink:

“Justice Visions”: an action platform to redesign our criminal justice system to achieve better justice and public safety outcomes; redirect resources to more cost-effective solutions; and reform delivery of justice for all.

The Justice Visions project will be human-centered, rather than system centered.

To generate a clear vision of genuinely superior criminal justice solutions, the project will use a form of design thinking, starting with identifying the justice needs of the three primary groups of justice stakeholders: (1) victims; (2) the public; and (3) those who commit criminal acts.

1.     Justice is not justice unless it first and foremost meets the needs of victims. Justice for victims means repairing and healing harm.

2.    The public interest is two-fold: (1) public safety, and (2) public order maintained through the rule of law, rather than the alternative of self-help vigilantism.

3.    Perpetrators of criminal acts should be held accountable for their actions, especially to the victims harmed by their acts. It would be unjust, however, for the consequences imposed upon them to exceed the legitimate justice interests of their victims or the public. Moreover, many perpetrators of harm are also victims of harm themselves (“hurt people hurt people”). It would be unjust to either compound that harm or fail to recognize their need for healing as victims.

This concept of three-dimensional justice will be the core vision of Justice Visions.

There are hundreds of think tanks, academics, and other subject matter experts regarding crime and criminal justice, as any online search using the terms “criminal justice reform” reveals. However, the thinking of those experts fails to reach most members of the public, largely because of a lack of means to give them a coherent collective voice in a form consumable by the general public, or even by most public policy decision-makers.

Through the Justice Voices podcast and live events, the Justice Visions project will give effective voice to criminal justice thought leaders and practical problem-solvers.

The Justice Visions project will utilize a form of design thinking as practiced in business and other contexts, consisting of five elements: understand; explore; test; crystalize; publicize.

1.     Understand: Effective problem-solving starts with understanding the problem to be solved. The Justice Visions project will begin by interviewing representative samples of people from all three justice stakeholder groups (often as podcast episode guests) to gain a clear understanding of what justice would look and feel like to them. Those outcomes will then become both the targets and standards of success of the project.

2.    Explore: Current and potentially innovative means of achieving those justice outcomes – and the experience of justice – for each of the three stakeholder groups will be explored through a groupthink process involving subject matter experts, those with lived experience, and also by inviting comments from the Justice Voices audience, recognizing that many in the podcast audience are subject matter experts themselves or have valuable insights to share from lived experience. (Audience engagement will also lead to an increase in audience size and buy-in.)

Some participants in the groupthink process will be recruited through invitations to share thoughts on key questions as podcast guests. Live events such as roundtable discussions involving selected project participants will be broadcast in video and audio form on platforms such as YouTube and Facebook, then archived for later access on the Justice Voices website. (Live events are audience magnets.)

3.    Test: Promising practices already being employed in some locations will be analyzed regarding outcomes, risks, and costs (fiscal and social). Promising ideas without existing prototypes will be tested through feasibility and cost-benefit analyses based on experience with comparable practices or projects. Testing criteria will be the desired justice outcomes identified in the understanding phase.

4.    Crystalize: Those involved in the groupthink process will then identify areas of consensus regarding solutions, seek to increase areas of working consensus through discussion and refinement, and crystalize that thinking into a series of bite-size, readily understandable reports designed for the general public.

5.    Publicize: A communication strategy will be developed (ideally all along the way during other phases) to maximize impact with the general public and target audiences and influencers.

One of the best ways to reach those target audiences and achieve their buy-in is to include them or representatives in the groupthink process described above.

·      Like-minded. Avoid the trap of preaching only to the choir (echo chamber), but inform and motivate the already converted so they speak up with credible voices.

·      Progressives (bring realism to their idealism)

·      Libertarians (emphasize freedom and justice for all)

Influencers (with emphasis on Illinois as prototype):

·      Illinois Association of Chiefs of Police

That database will facilitate conversation and collaboration between criminal justice thought leaders and drive news and other media to those experts for guest appearances on talk shows and influencer podcasts.

Once clear answers to questions about superior alternatives are in listeners’ and viewers’ minds, every story and expert voice they hear on the podcast from then on will reinforce that thinking and motivate them to take action to correct injustices and elevate our justice system.

By giving effective voice to both those with lived experience and subject matter expertise through the combination of Justice Voices podcast, Justice Visions project, a more robust website blog, and an Internet search engine-attracting database of experts, synergies between elements will give them more public opinion-shaping punch.

Implementation of this strategy will require more dedicated time and talent than possible as a volunteer-only project. (At present, all website, production, hosting, and development costs of time and money are contributed on a volunteer basis by founder David Risley.)

Funding must therefore be found to build a core professional staff, including a CEO and other production and program support.