Unless we understand the psychological impact of chronic abuse on victims, we can fail them. Even worse, we can misjudge them, including misjudging them in court. That’s why this part 2 of Donna Lomelino’s story is so important and instructive. 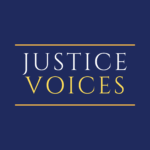 Unless we understand the psychological impact of chronic abuse on victims, we can fail them. Even worse, we can misjudge them, including misjudge them in court.

That’s why this part 2 of Donna Lomelino’s story is so important and instructive.

This second part of this episode has five sections, each of which is important and packed with insights.

Please stick with us and hear Donna out, even if that means listening to her story and hearing her voice one segment at a time.

The first 12 minutes includes some highlight excerpts from the full interview, followed by comments by host David Risley about understanding the psychological impact of chronic abuse on victims, including the development of a strong protective attachment by victims to their abusers as a variation of the so-called Stockholm syndrome, an attachment Donna later describes as an addiction.

In the first segment of the full conversation (12:09), we pick up where we left off in part 1 and hear more of Donna’s experience being in the psychological prison of abuse as she struggles to describe what she was thinking and experiencing when she received the news that her abusive fiancé had beaten her 8-year-old son to death while she was away living and working in another state.

Even today she struggles to understand and explain why back then she felt near panic to avoid losing her fiancé even though he had just killed her son, a reaction that was among the most damning evidence of a complicit mental state when she was tried and convicted as an accomplice to her son’s murder.

Donna next (30:35) shares her experience while being in physical prisons of concrete and steel, including her surprising reflection that, for her, despite its traumas prison was a sanctuary, a place where for the first time in her life she felt safe. She describes how that freed her to, over time, break free from her psychological imprisonment.

She then (58:07) relates her experience reentering community life after release from prison, including struggling to find employment as a convicted felon, followed by a conversation about what Donna is doing and what she has become now.

Next (01:20:48), Donna shares her insightful, first-hand observations about needed policy and practice changes regarding victims of abuse. During this segment, Donna and co-host Lynard Joiner reflect on parallels between their prison and reentry experiences and Donna passionately shares her views about the need to rescue children from abusive households much sooner and more aggressively than is typically the case.

The episode ends (01:37:20) with Donna’s touching and deeply reflective message from the Donna of today to the Donna of her childhood and youth.

We again thank the Illinois Public Health Association for its support for this program.